In the early 1960s when the Netherlands switched to natural gas, a coal merchant called Wim van Stijn found himself looking for other sources of income. In his parents’ home on Spijkerstraat, he opened a Miele self-service laundromat, a phenomenon that was slowly emerging in England, Belgium and also the Netherlands.

A washing machine was too big an expense for many people and houses often lacked the space. At that time, nobody had a dryer at home, for example. U

ntil her retirement in 1989, his sister Gerda van Stijn ran the laundromat, which now also did dry cleaning. After that, commercial operation was transferred to the Dijkkamp family: Trix, Jan and their daughter Marian ran the laundromat lovingly until 2016. Unfortunately, Jan and Trix have both passed away.

The laundromat has been under the care of Petra van Stijn since 2016. After thoroughly renovating it, she changed the concept to unmanned self-service.

The washing machines and dryers have names, in reference to the first ladies who began working as prostitutes in the Spijkerkwartier in the 1960s. 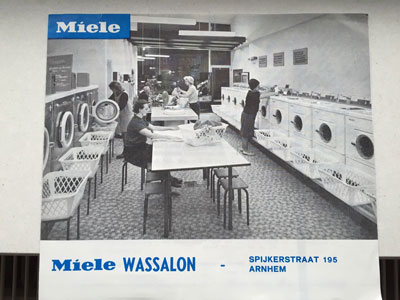 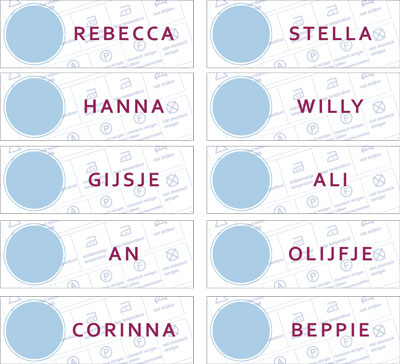 The laundromat is open every day from 8am till 10pm*. There are signs giving clear instructions so you can do your laundry without needing assistance. We offer a pleasant and comfortable environment where you can wait for your laundry. The laundromat is maintained daily so that it is always clean and hygienic. A must for every laundromat. * (closed from 17:00 on 31-Dec to 13:00 on 1-Jan)